Well-to-do Illinois parents, including lawyers, doctors and realtors, are reportedly giving up custody of their high school-aged children in order to help them secure scholarships and financial aid reserved for low-income students.

Separate investigations conducted by ProPublica Illinois and The Wall Street Journal have uncovered dozens of cases in the wealthy suburbs of Chicago involving parents transferring legal guardianship of their teenagers to grandparents, aunts, friends, or even co-workers over the past year-and-a-half.

The idea behind the tactic, which is legal in Illinois, is that once the parents give up custody, the children are able to declare themselves financially independent on college applications and show dramatically lower incomes.

The Wall Street Journal article cites one example where a student whose parents owned a $1.2 million house ended up declaring only $4,200 earned from a summer job, and securing $47,000 in scholarships and federal grants to attend a private university where the annual tuition costs $65,000.

Wealthy Illinois are reportedly giving up custody of their teenagers so that they can declare lower incomes in order to qualify for financial aid at colleges in the state, including University of Illinois at Urbana-Champaign (pictured)

Students are not required to state their parents’ income on federal financial aid applications if they are legally independent. In those cases, the household income is not factored in when determining an applicant’s financial aid package.

Andy Borst, director of undergraduate admissions at the University of Illinois at Urbana-Champaign, called the tactic ‘a scam’

‘It’s a scam,’ Andy Borst, director of undergraduate admissions at the University of Illinois at Urbana-Champaign, told ProPublica. ‘Wealthy families are manipulating the financial aid process to be eligible for financial aid they would not be otherwise eligible for. They are taking away opportunities from families that really need it.’

The revelations come just months after a bombshell college admissions scandal in which more than 50 people, including actresses Lori Loughlin and Felicity Huffman, have been accused of paying tens and hundreds of thousands of dollars in bribes to get their children into elite universities.

The University of Illinois at Urbana-Champaign has identified 15 applicants who had been declared independent prior to admission, three of whom are now rising sophomores.

Borst said the university informed the trio of students midway through their freshman year that their financial aid would be slashed. 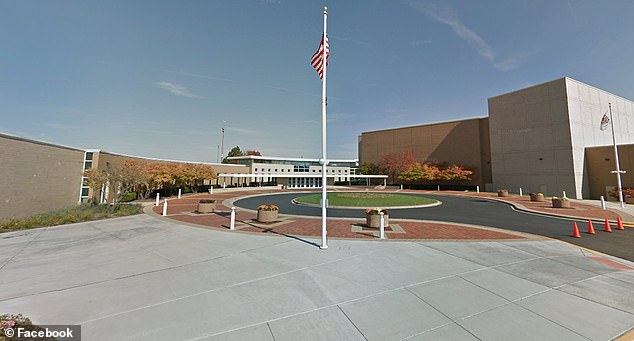 Some of the students who had their custody transferred to a guardian have attended some of the most prestigious schools in Lake County, including Stevenson High School

‘We didn’t hear any complaint, and that is also a big red flag,’ Borst said

On its part, the Journal said it has identified 38 similar guardianship transfer cases in the same area.

According to the newspaper, most of the parents who had relinquished custody of their children own homes ranging from $500,000 to over $1million.

One mother who spoke to the Journal on condition of anonymity explained that the family has a combined annual income of $250,000, but they had already spent $600,000 to send their other children to college.

In order to help her high school senior daughter obtain $20,000 in need-based financial aid to attend a private college with a $65,000 tuition, the mother transferred her legal guardianship to a co-worker.

The guardianship law that Illinois currently has on the books allows judges to approve custody transfers for any reason, so long as all the parties involved agree that it is in the best interest of a child, even if the parents are able to financial support her.

Many of the applications obtained by ProPublica seeking custody transfers openly state that the chose guardian can provide ‘financial and educational support and opportunities’ that the parents could not provide.

The children seeking guardianships for the purpose of securing financial aid and need-based scholarships have attended some of the most prestigious schools in the county, including Stevenson High School and Glenbrook North High School. 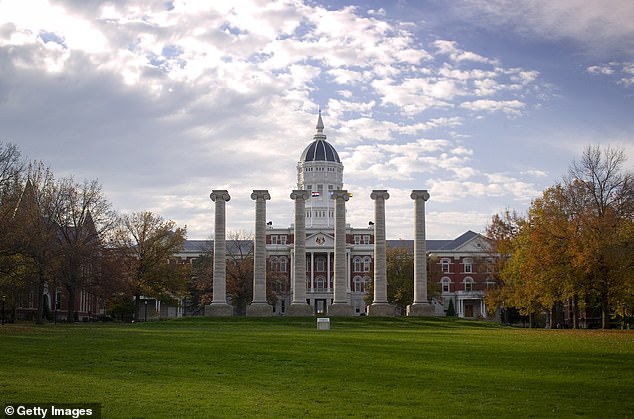 While some critics that ProPublica has interviewed for the story slammed the practice of using guardianships to help the children of wealthy parents pay for college as unethical, lawyers handling custody transfer cases pointed out that it is not against the law.

‘It’s a solution they have been able to find as college costs go up and they are unable to pay,’ Mari Berlin, of Kabbe Law Group, said of the families her firm has represented. ‘It is in the best interest of the minor, which is the statute’s purpose.’

The US Department of Education told the Journal that it is looking into the matter.

CHICAGO (AP) — A man has been charged with attempted murder in a December shooting at a Chicago house party that left 13 people wounded, Chicago police said Saturday. According to a police statement, 25-year-old Keilon Jones was arrested Thursday. He is also charged with aggravated battery. It’s not clear if Jones has an attorney […]

The outlook for Latin America: An ‘asset management revolution’?

Jan 17, 2020 (Market Research Analyst via COMTEX) — Get comprehensive research providing detailed regional analysis and growth outlook of the Global Surgical blade Market in the latest research report added by Big Market Research. The report is an exhaustive analysis of this market across the world. It offers an overview of the market including […]

Should I worry about travel in the Middle East? Safety experts respond

The recent escalation in tensions between Iran and the surrounding countries has people questioning the wisdom of travelling not only to Iran and Iraq, but also to other countries in the Middle East and North Africa that could potentially be caught up in the unrest. If you’re a traveller wondering whether to cancel or carry […]

HMAS Toowoomba is about to join a US led effort to protect oil supplies leaving the Hormuz Strait in the Persian Gulf. These troubled waters are currently in the worlds most treacherous conflict zone. We in Toowoomba would surely extend our very best wishes to the crew for a successful voyage to the theatre of […]

Macron: France will deploy aircraft carrier to the Middle East

French President Emmanuel Macron said in his New Year speech to the French army that aircraft carrier Charles de Gaulle will support “Chammal operations [in the Middle East] from January until April 2020,” Reuters has reported.   The deployment also includes the aircraft carrier’s battle group, which is a group of smaller escorts that service the […]

(CNN) — It’s hardly surprising that the world’s largest and most populous continent has an astonishing variety of places to eat. From a celebrated American chef cooking creatively in southern China, to world-class sushi in Hong Kong or new wave Filipino dishes in Manila, you’re truly spoiled for choice. So whether you’re a local or […]

Turkish President Recep Tayyip Erdogan has warned Europe it could face new threats from “terrorist” organisations if Libya’s UN-recognised government in Tripoli were to fall. Erdogan, speaking on the eve of a Libya peace conference in Berlin, said the EU’s failure to adequately support the Government of National Accord (GNA) would be “a betrayal of […]

Erdogan calls on Europe to support Turkey’s moves in Libya

Turkish President Tayyip Erdogan has called on Europe to support its work in Libya, where it is providing military support to the internationally-recognized government, if it wants to end the conflict there, Trend with reference to Reuters reports. Erdogan made his remarks in a column published on the Politico website on Saturday, ahead of a […]

Photo: File ISTANBUL: Turkish President Recep Tayyip Erdogan on Saturday warned Europe that it could face new terror threats from outfits based in Libya if if the country’s  UN-recognised government falls, in an article published in Politico. In the article, which was published on the eve of a Libya peace conference in Berlin, Erdogan said […]