President Donald Trump will present the broad details of a vaguely defined Middle East peace plan to Arab leaders at an upcoming meeting at Camp David, according to Israeli media report.

Trump’s son-in-law Jared Kushner begins a Middle East Trip that will take him to six countries Thursday in Jerusalem.

The discussion of the plan would take place in advance of Israel’s Sept. 17 snap elections, a potential boost meant to showcase Israeli Prime Minister Benjamin Netanyahu as having continued influence on the world stage. However Netanyahu is not expected to attend.

The White House did not immediately confirm the report that Trump will pitch a plan son-in-law Jared Kushner has been working on since the start of the administration.

President Donald Trump plans to sketch out his administration’s Middle East peace plan to Arab leaders at Camp David before Israel’s Sept. 17 elections, according to a report out of Israel

A White House official told DailyMail.com: ‘No summit has currently been planned. The Middle East team will report back to POTUS, VP, Sec State and NSA upon returning to discuss the many potential next steps to expand upon the success of the Bahrain workshop,’ the official said, using acronyms for the president, vice president, secretary of state, and the National Security Agency.

Netanyahu will not attend, in a move to ease domestic pressures and pave the way for Arab leaders to go, according to Bloomberg.  Trump is expected to present a general plan without getting into details.

Trump announced a new plan for recognizing the Golan Heights in a boost to Netanyahu before the previous election in April, although the embattled Israeli leader was unable to form a coalition government, leading to the new elections. 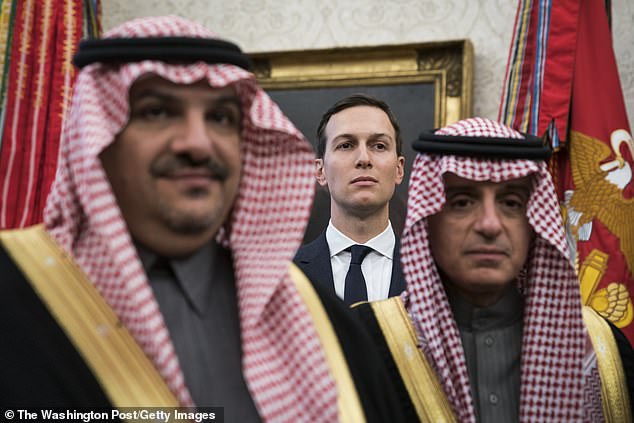 White House senior adviser Jared Kushner stands among Saudi officials as President Donald Trump talks with Crown Prince Mohammad bin Salman of the Kingdom of Saudi Arabia during a meeting in the Oval Office at the White House on Tuesday, March 20, 2018 in Washington, DC 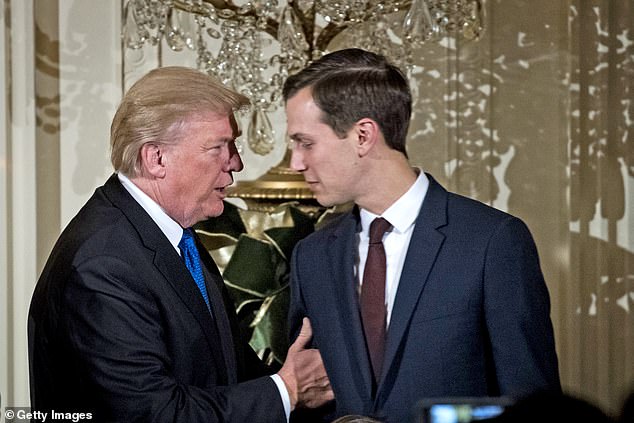 The move comes as Israel announced its plan to build 6,000 additional homes for Jewish settlers in the occupied West Bank, although it also announced a plan to build housing for 700 Palestinians. The Palestinians blasted the move as showing a ‘colonial mentality.’

Camp David is the home of the historic 1978 Camp David Accords signed between Israel and Egypt. Trump has made occasional use of the presidential retreat, although he far more often visits golf courses he owns in Florida and New Jersey.

Middle East innovation: These four startups are making their mark

CHICAGO (AP) — A man has been charged with attempted murder in a December shooting at a Chicago house party that left 13 people wounded, Chicago police said Saturday. According to a police statement, 25-year-old Keilon Jones was arrested Thursday. He is also charged with aggravated battery. It’s not clear if Jones has an attorney […]

The outlook for Latin America: An ‘asset management revolution’?

Jan 17, 2020 (Market Research Analyst via COMTEX) — Get comprehensive research providing detailed regional analysis and growth outlook of the Global Surgical blade Market in the latest research report added by Big Market Research. The report is an exhaustive analysis of this market across the world. It offers an overview of the market including […]

Should I worry about travel in the Middle East? Safety experts respond

The recent escalation in tensions between Iran and the surrounding countries has people questioning the wisdom of travelling not only to Iran and Iraq, but also to other countries in the Middle East and North Africa that could potentially be caught up in the unrest. If you’re a traveller wondering whether to cancel or carry […]

HMAS Toowoomba is about to join a US led effort to protect oil supplies leaving the Hormuz Strait in the Persian Gulf. These troubled waters are currently in the worlds most treacherous conflict zone. We in Toowoomba would surely extend our very best wishes to the crew for a successful voyage to the theatre of […]

Macron: France will deploy aircraft carrier to the Middle East

French President Emmanuel Macron said in his New Year speech to the French army that aircraft carrier Charles de Gaulle will support “Chammal operations [in the Middle East] from January until April 2020,” Reuters has reported.   The deployment also includes the aircraft carrier’s battle group, which is a group of smaller escorts that service the […]

(CNN) — It’s hardly surprising that the world’s largest and most populous continent has an astonishing variety of places to eat. From a celebrated American chef cooking creatively in southern China, to world-class sushi in Hong Kong or new wave Filipino dishes in Manila, you’re truly spoiled for choice. So whether you’re a local or […]

Turkish President Recep Tayyip Erdogan has warned Europe it could face new threats from “terrorist” organisations if Libya’s UN-recognised government in Tripoli were to fall. Erdogan, speaking on the eve of a Libya peace conference in Berlin, said the EU’s failure to adequately support the Government of National Accord (GNA) would be “a betrayal of […]

Erdogan calls on Europe to support Turkey’s moves in Libya

Turkish President Tayyip Erdogan has called on Europe to support its work in Libya, where it is providing military support to the internationally-recognized government, if it wants to end the conflict there, Trend with reference to Reuters reports. Erdogan made his remarks in a column published on the Politico website on Saturday, ahead of a […]

Photo: File ISTANBUL: Turkish President Recep Tayyip Erdogan on Saturday warned Europe that it could face new terror threats from outfits based in Libya if if the country’s  UN-recognised government falls, in an article published in Politico. In the article, which was published on the eve of a Libya peace conference in Berlin, Erdogan said […]